Shopping Cart
Your Cart is Empty
Quantity:
Subtotal
Taxes
Shipping
Total
There was an error with PayPalClick here to try again

Thank you for your business!You should be receiving an order confirmation from Paypal shortly.Exit Shopping Cart

Crane-In date set for May 29th

Crane-In will happen on Saturday, May 29th. Safety meeting will start at 10am. For boats to be lifted in, the owner or a designated representative for the owner must be present.

You can download the 2021 Membership registration here. All fees are due by April 30th

In keeping with Covid-19 safety protocols, we kindly request that when registering your membership with the Dryden Yacht Club,

Completed membership form should be included in the email

The alternate method of payment is by cheque only, written to the Dryden Yacht Club and mailed to

Crane out has been confirmed for Oct 3rd. Safety meeting starts at 9:15am and craneout starts at 10am. If you want your boat craned out, be sure you are present or have someone who has agreed to act on your behalf during the process.

The Annual General Meeting scheduled for March 29th has been postponed until further notice. Please watch for updates on this site and via email for current members.

You can download the 2020 Membership registration here. All fees are due by April 30th

Safety Meeting at 9:30am

Dryden Yacht Club will be hosting a Mobile Sailing Program run by Sail Canada and Sail Manitoba from July 2 - 6 at the Yacht Club.

Choose one of the following sessions:

Crane-In set for Saturday, May 25th!

AGM and membership applications for 2019

The Annual General Meeting will be held at Dryden Fire Services building on Colonization Avenue in the training room on Sunday, March 31st at 10am

Membership applications can be downloaded here

Check out the calendar for a list of upcoming events including wed night racing, weekend races and regattas, wing nights etc!

Crane - In scheduled for Saturday, May 26th!

AGM and membership applications for 2018

The Annual General Meeting will be held at the Dryden Fire Hall on Colonization Avenue - Sunday, March 18th at 10am.

Crane out set for Oct 14th

The executive has confirmed crane out for Saturday, Oct 14th. Safety meeting around 9:30. Please remember to remove all dock lines for teh winter!

You will find all the AGM and Executive meeting minutes under the Documents/Resources Tab. These will be uploaded to the website regularly as per last year's AGM.

Crane in set for May 13th

The ice is melting and the weather is warming! Get that bottom paint applied, clean out your berths and get ready to drop in the water!

2017 Memberships are now available. All applications are due by April 30th.

Crane in for boats will happen on Saturday, May 14th. Safety meeting starts at 9:30, with first boat being lifted at 10am. There will also be a work party on Sunday for the Clubhouse and Grounds, starting at 10am. Hope to see you theref!

The AGM will be held on April 2nd at 10am in the Dryden Fire Service Meeting Room. The proxy vote is attached

Crane out scheduled for October 2nd

Come out this Saturday (June 6th) for the Spring Ice Breaker Race - skippers' meeting at 3pm. Come out to race or just cruise! Then back to the clubhouse for a BBQ and appetizers to share at 6pm.

The rules night has had to be cancelled. In lieu of the meeting, there will be a short rules session at 6pm on the 27th prior to the first race of the season.

Here is the pdf of the 2015 season. Events are also posted in the calendar.

A LOWISA 50th meeting will be held on Sunday, May 17th @ 3pm for all interested sailors. There will also be DYC shirts available for ordering. These are also available for anyone interested. For more information, contact Al Marcino.

2015 memberships are due before April 30th for the upcoming season. Please download the document here - Membership Application 2015

LOWISA is celebrating it's 50th anniversary, and DYC is hoping to get as many boats participating as possible. This year's event will be Aug 1-8th. There will be a meeting for interested members in the near future to deal with particulars of craning etc.

Be sure to check out the LOWISA Website at http://www.lowisa.org/

Thanks to the social committee for an excellent evening of food and relaxation! For details on the awards results, see below, or go to the Racing Pages

Safety meeting at 9am, crane-out to start shortly afterwards

The DYC Annual SOBIR (Sail Our Boats In Races) Regatta will be held on Friday and Saturday, Aug 8 & 9th.

Dinner on Saturday will be at 5pm - BBQ!

To keep up on the standings, check out the Wed Nite Racing Page. CLICK HERE!

The 2014 DYC SOBIR Regatta will be sponsored by Lake of the Woods Brewing Company! All participating boats will receive a free growler of beer, so please register before Aug 3rd. If you are a powerboater interested in helping out with the regatta, please contact Al Marcino.

Practice your knowledge of the Racing Rules!

Click on the button on the Racing Page to link to an interactive Racing Rules site with scenarios and situational quizzes. or click here

The theme for this year’s boat parade is “Canada Rocks” please come out to show your individual spirit on our national holiday. All boats welcome to participate. (Power, sail, fish tug and non-power/non-sail class of canoe, kayak and paddle boat)

The boat parade will begin at the Dryden Yacht Club and will proceed down the Wabigoon River by the Beautiful Cooper Park and then loop back.

Skippers Safety Meeting at 9am - crane in to follow. Please park in the east lot to keep the crane and unloading area open.

The AGM will be held on Sunday, March 23rd @ 1:30pm in the Centennial Conference Room of the Best Western.

Proxy Forms and the 2014 Membership Application are attached

A great time lapse video of Crane Out last weekend.

Race results are listed on the Wed Nite Racing page. Congratulations to all sailors on a great season! See results

This Saturday will be the Fall Frostbite Race... skippers' meeting at 11am, race starts at noon. In the evening, a spaghetti supper has been planned. See the attached poster for more information. Cocktails at 6pm, Supper at 7pm. $15 per person

If you are a registered member on the website, you are able to upload pictures to the photo album at any time! There are currently two categories to post into... general and racing, but you can make new categories as you see fit. The more pictures the better!

Welcome racers to the 2013 racing season! It’s been a very long winter and I’m sure you’re all ready to get out there on the water!

I want to thank all the skippers who attended this year’s Rules and Tactics Night (Skippers Meeting) and who provided much information on their thoughts and input into the 2013 season.

Some changes which everyone should be aware of this year:

We are attempting to have a committee boat sitting on the start line every race to take time. Because of this we are asking everyone wishing to race pay a fee of $20.00 which many of have already. Thank you!

There have been some changes to the 2013 DYC rules including when to do a penalty. The 2min has been taken out due to safety concerns but “First reasonable opportunity” has been clarified.

The 2013 DYC PHRF ratings will be posted on the website and have been revised post Skippers Meeting. I also would like to thank everyone on their thoughts about how our ratings fare among the fleet.

I would also like to remind everyone to show sportsmanship and respect for another on the water. Sailing should be a fun and relaxing sport. We’re only racing for bragging rights and that cold beer waiting on the dock!

There's lots of sailing going on throughout the season, but social events bring it all together! Check out the 2013 social events calendar!

Due to late Crane-In, the racing schedule has been updated. Check the "Upcoming Events!" column or the calendar page for more details. The season list of racing events is also located in the Documents/Resources page (or click here)

Crane in Date Set for May 25th

Due to the late start to spring, the crane in date has been moved to May 25th.

Once again this winter, new work has been done to upgrade the harbour docks. More berths on the north wall were lengthened and widened to accommodate larger craft.

Look in the documents/resources page for the current membership application. Due date is April 30th. Don't delayy, as late fees and loss of berth will occur after the due date. 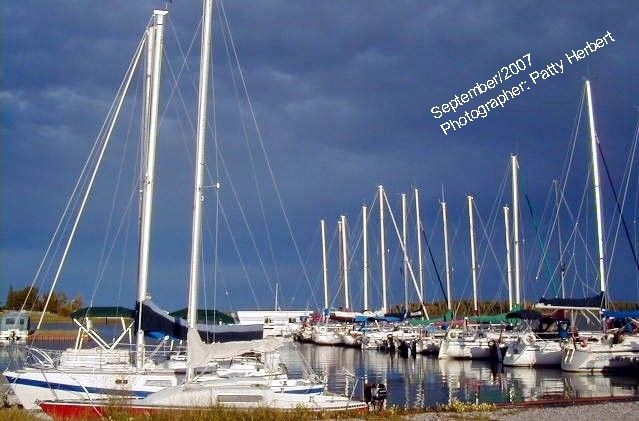 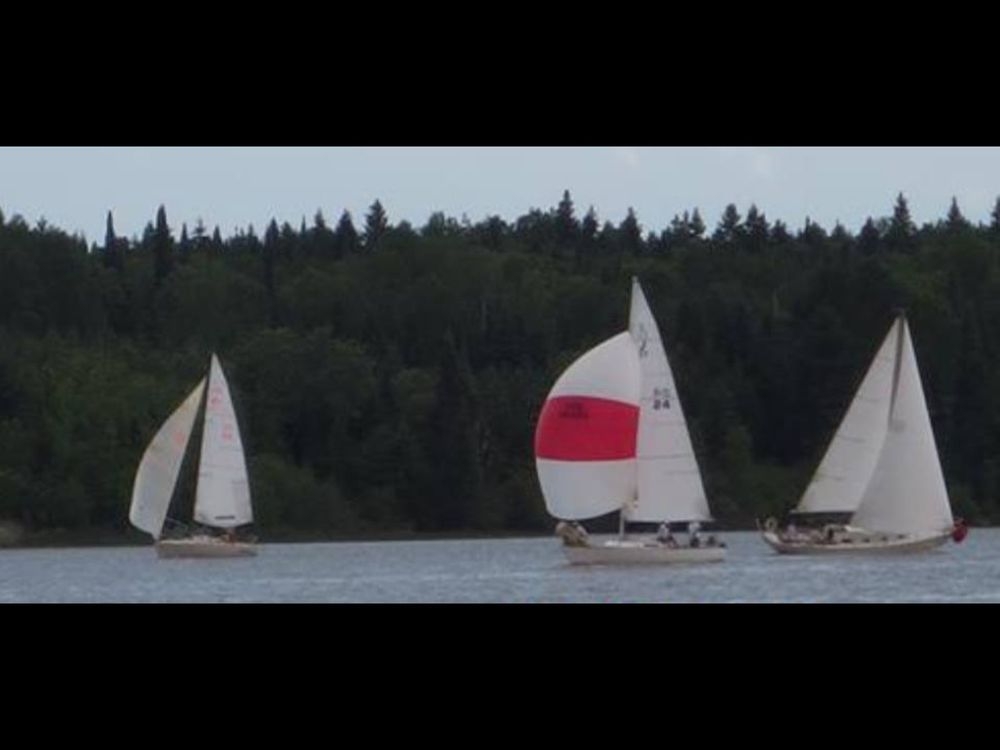 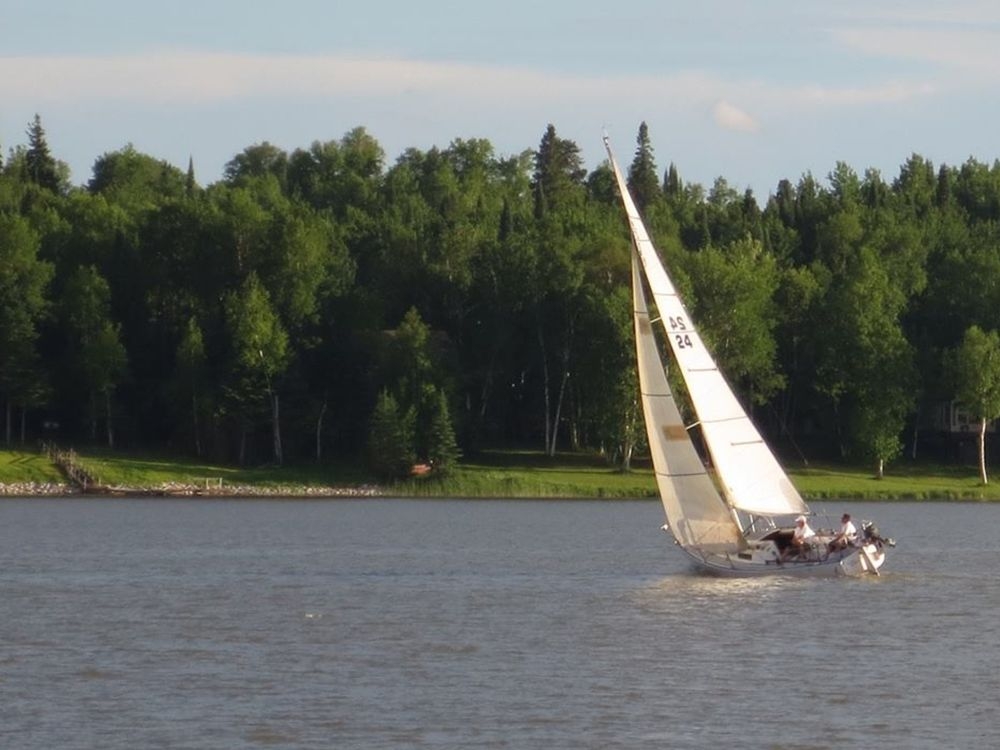 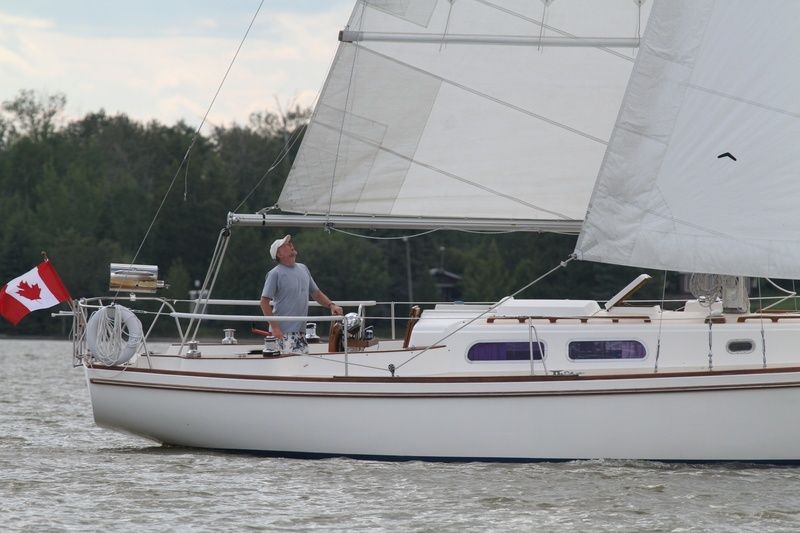 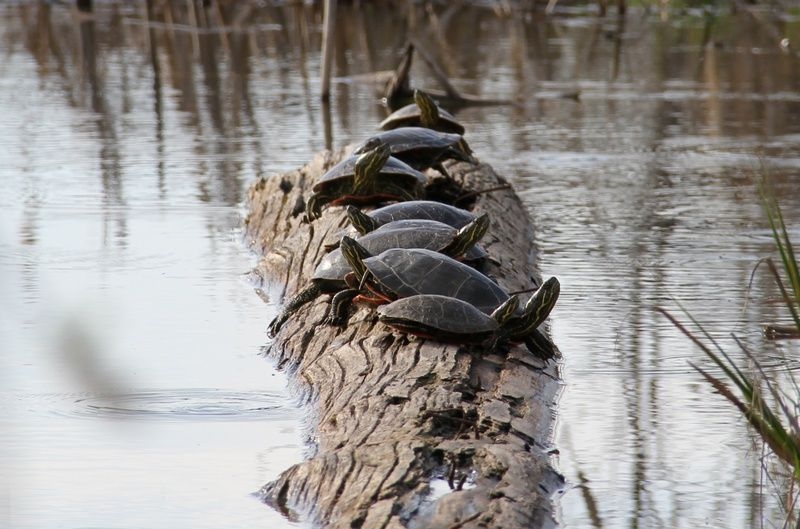 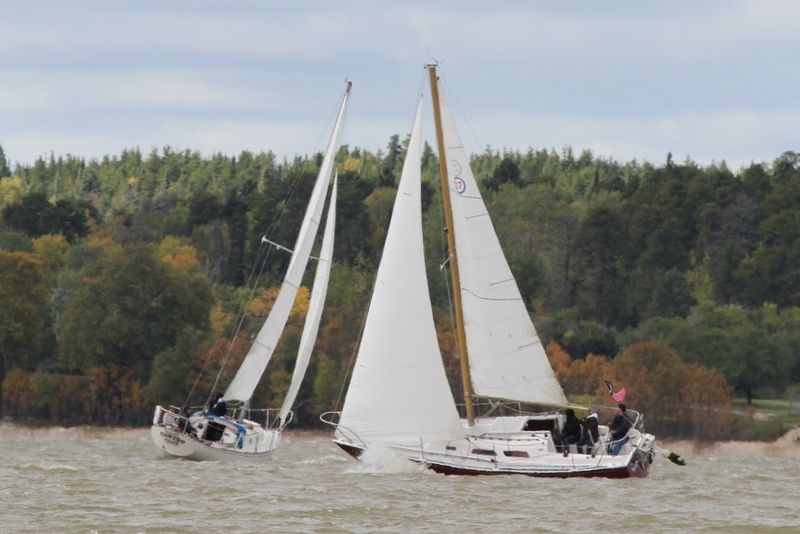 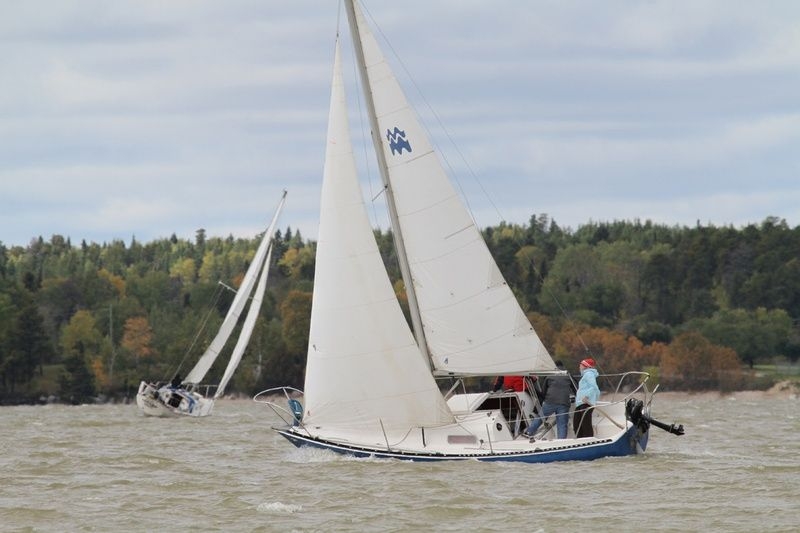 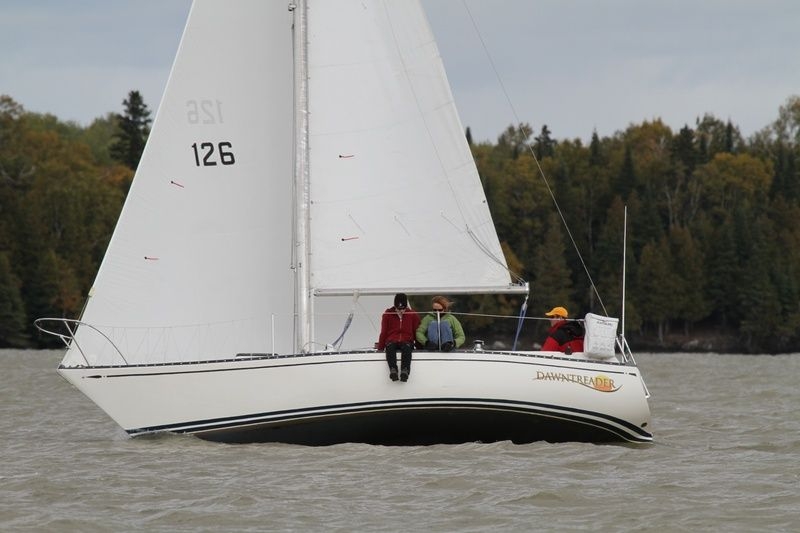 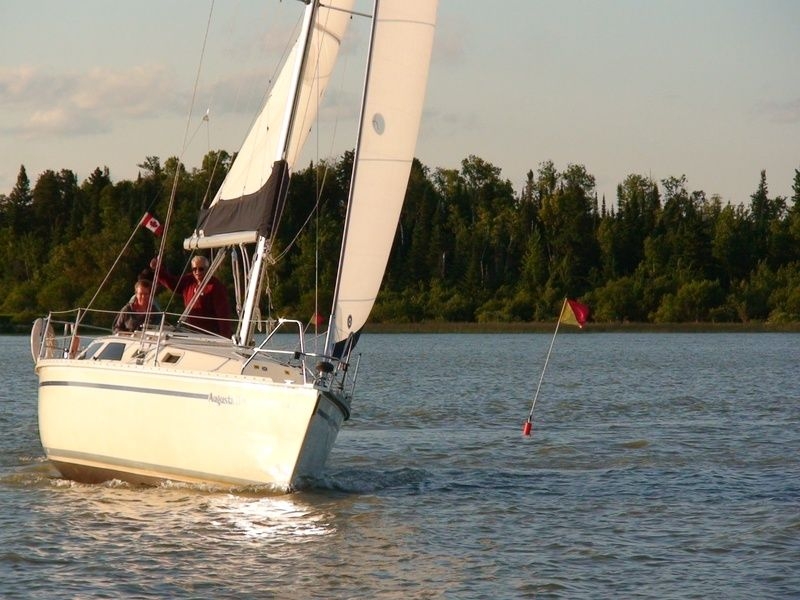 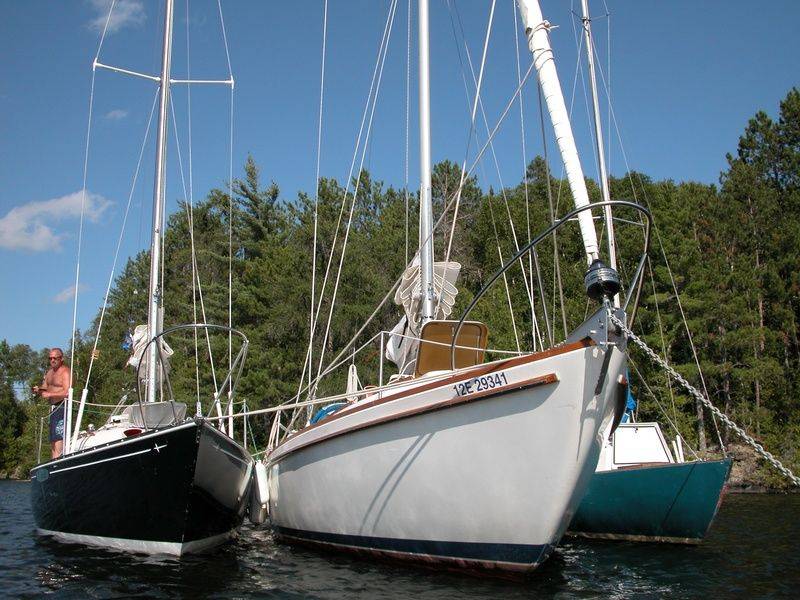 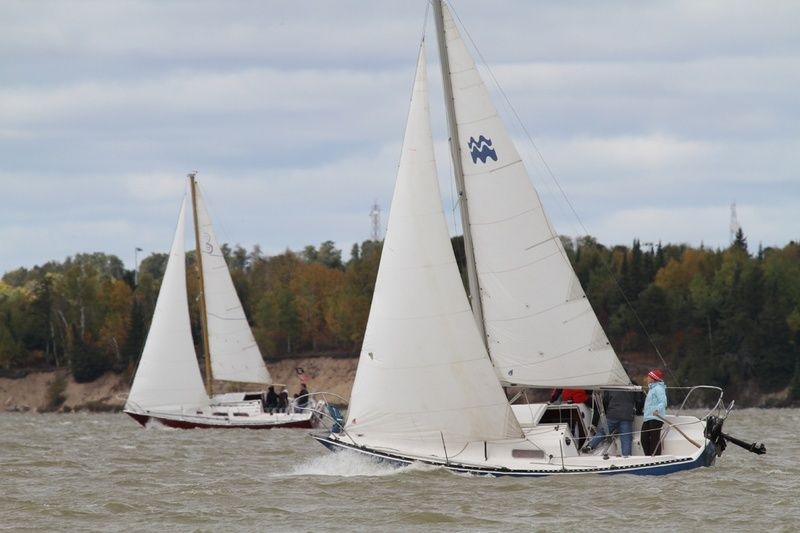 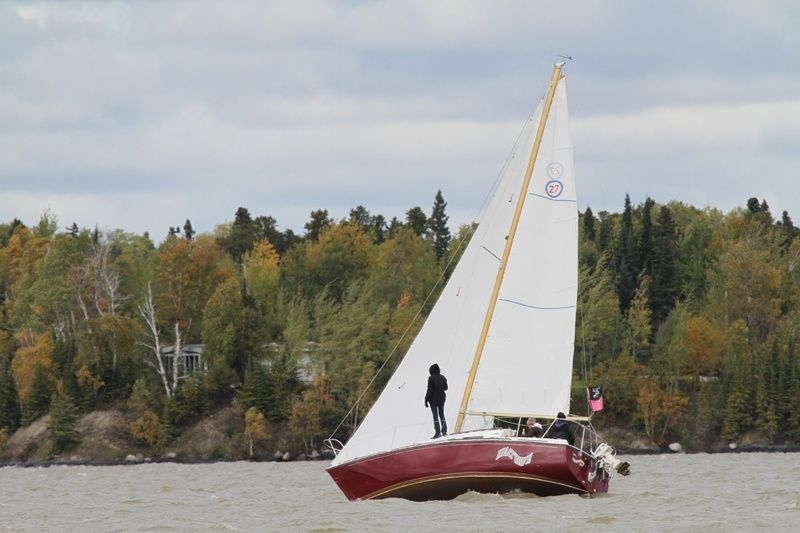 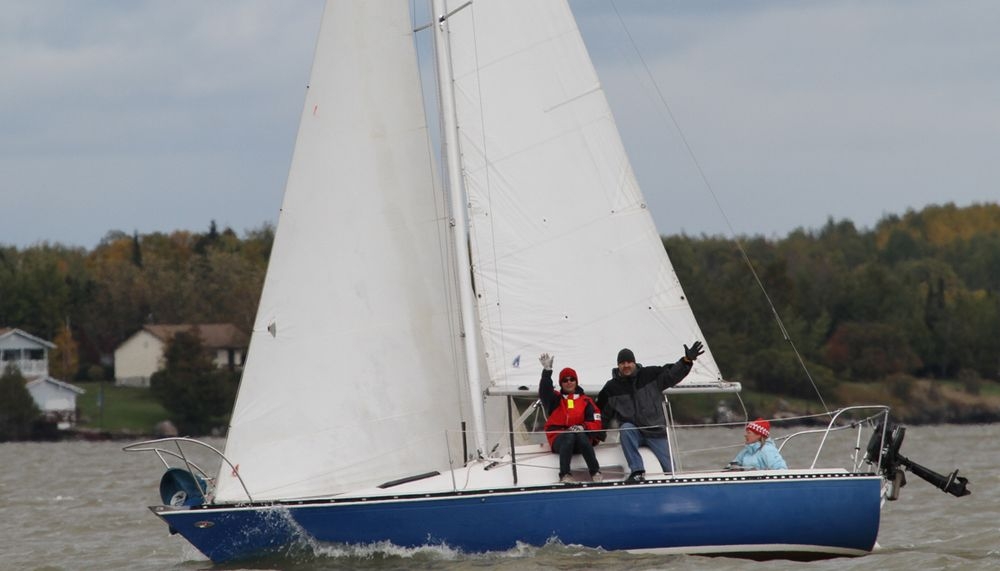 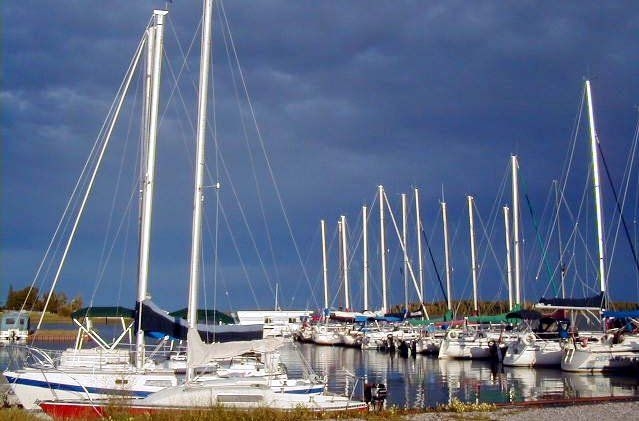 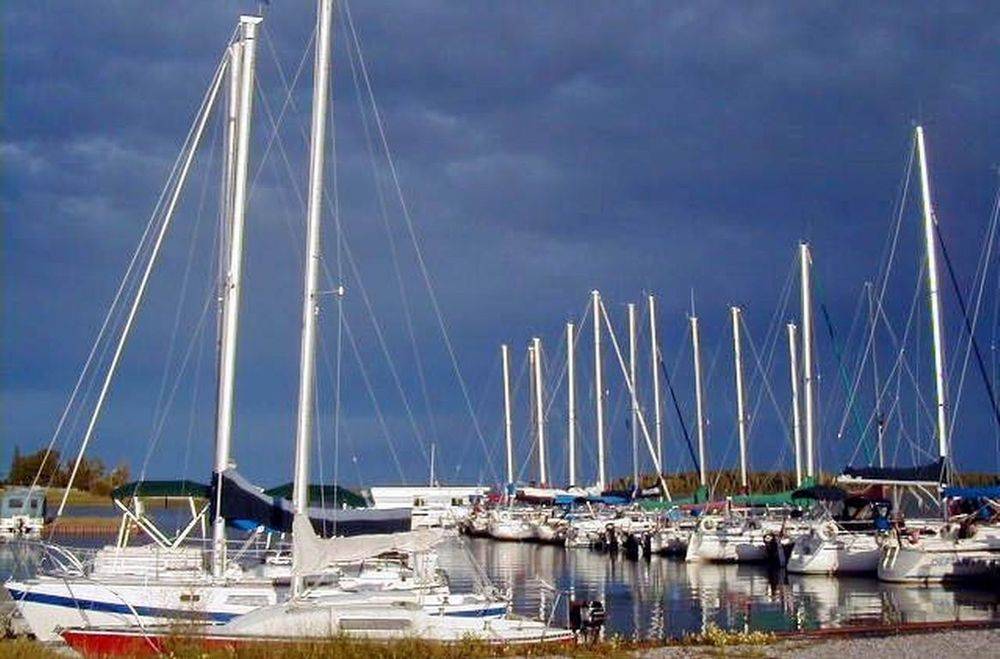